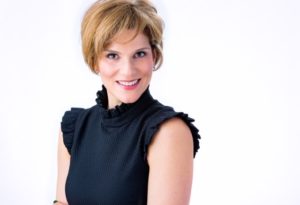 Across the globe, the backlash against globalisation, which is inextricably linked to trade, is growing. The challenges are too great for governments or business to tackle alone. Working together is the only way to successfully simplify, standardise and streamline the movement of goods so more people can realise the benefits of trade.

Why the Trade Facilitation Agreement matters

It was the first and only multilateral deal concluded in the World Trade Organization’s (WTO) 23-year history. A total game changer for how goods and payments move across borders. After a decade of negotiations, and nearly half a decade of diplomatic drama, the WTO ratified the Trade Facilitation Agreement (TFA) on 22 February 2017.

Put simply, the TFA provides a playbook for customs modernisation – cutting the red tape buyers and sellers must navigate each time they strike a deal. And believe it or not, everyone can benefit from the TFA – governments, business and individuals. As noted by departing World Bank Group President Jim Yong Kim “trade is a critical component to ending poverty and boosting shared prosperity.”

The private sector can benefit from clear, fair and transparent rules which provide predictability and reduce corruption and delays at the border. Quick and reliable release times are essential to just-in-time inventory management systems used by many manufacturers and for perishable products and express shipments.

People can benefit from new job opportunities and economic development derived from increased trade and investment. Trade facilitation can lower the cost of essential imported consumer goods, while simplified and standardised rules make it easier for individuals to trade, which could open new consumer markets for their goods.

Sound too good to be true? The TFA can bring these win-win-win scenarios to fruition, but only if it’s implemented. Therein lies the rub and the prime opportunity for public-private partnerships.

What role can business play?

Countries must demonstrate the political will to implement TFA reforms, but business has a responsibility to come up with constructive ideas, help governments deliver and hold them to account.

Specific ways that businesses can get involved include:

Ratification of the TFA was the result of years of hard work, but implementation will be the toughest part. By working together, with business playing its part, we can turn the tide and ensure that international trade and globalisation are forces that can benefit all.

These cookies collect information about how you use a website, like which pages you visited and which links you clicked on. None of this information can be used to identify you. It is all aggregated and, therefore, anonymized. Their sole purpose is to improve website functions.