Expanding into new global markets will soon be easier for Cambodian businesses thanks to a project launched today by the Cambodian government and the Global Alliance for Trade Facilitation, which will digitalise paper-based customs clearing processes for small packages sent through the post. 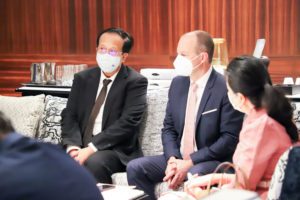 Cambodia’s General Department of Customs and Excise (GDCE) and Cambodia Post already have established electronic systems for handling small package clearances but lack a digital link that would allow them to realise their full potential. So instead, customs declarations are still filled in and processed manually.

Through its implementing partner Swisscontact, the Alliance is clearing that roadblock with this new project, which will develop the missing digital link between the two systems. That link will enable faster clearance of parcels, end the dependence on burdensome paper processes, and allow shipping information to be transmitted before a package arrives at its destination country.

At a launch ceremony in Phnom Penh, Cambodia’s Minister of Commerce, Sorasak Pan, said the new project would play a key part in “further progressing Cambodia’s commitments in the area of trade facilitation.”

The Alliance is also working with the Cambodian Women’s Entrepreneur Association (CWEA) to ensure that micro, small, and medium enterprises (MSMEs), many of them women-led, can take full advantage of these improvements. To this end, the project will be establishing a new online portal to act as an e-trade ‘one-stop’ service point for MSMEs to ship goods internationally and upscale their export capabilities. 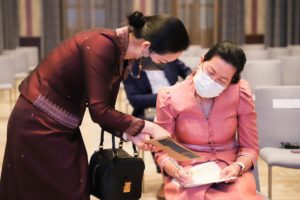 Once implemented, the project will provide a lift for Cambodia’s MSMEs, which account for only 10% of its total exports despite a dominant role in the economy. That figure trails the 30% share of exports reached by MSMEs in other regional economies. Getting up to that level could potentially add USD3.2 billion in exports to Cambodia’s economy.

“Allowing advanced sharing of customs and security information of postal items will facilitate the movement of cross-border postal shipments,” said Then Samvisoth, Director General of Cambodia Post. “This, together with the creation of the e-trade portal, will ultimately lead to better engagement of Cambodian MSMEs in the global e-trade, allowing them to enter new markets and grow their businesses.”

Samvisoth added: “Cambodia Post sees this project as the very first milestone that will open further opportunities to expand our cooperation with the Alliance in the future, particularly in enhancing postal capacity and helping Cambodia businesses to better seize better global e-commerce opportunities.”

“The new e-trade portal will enable more women to do business effectively, and we are grateful to contribute to women’s empowerment through trade,” said CWEA President H.E. Oknha Keo Mom. “It is a great honour to be supported by the Alliance on this project. MSMEs will be able to take full advantage of improved customs processes for postal shipments on small package exports. If other countries can do it, why don’t we?” 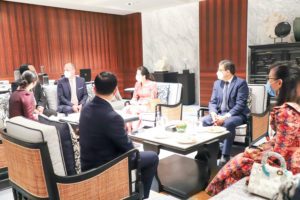 The launch comes a month after the Cambodian government and the Alliance signed a memorandum of understanding that formalised the terms of the project, which will contribute to Cambodia fulfilling its commitments under the World Trade Organization’s Trade Facilitation Agreement.

“This transformative project shows how the benefits of digital trade and e-commerce can ripple through an entire economy,” said Philippe Isler, the Alliance’s Director. “Projects like these can break down the barriers that hamper competitiveness in global markets and also ensure that smaller businesses are not only aware of the new opportunities that result, but that they can make the most of them, too.”