Colombia is making tangible progress in improving the business environment for cross-border trade and business has a key role to play. That was the message today at the forum ‘Trade Facilitation: Opportunities for a Global Economy’ as government, the business community and international organisations gathered to discuss the trade facilitation agenda.

The event hosted by the Chamber of Commerce of Bogotá – Colombia’s national committee of the International Chamber of Commerce – and the Global Alliance for Trade Facilitation highlighted the importance of trade facilitation in creating a healthy business environment and in promoting greater export opportunities for small and medium-sized enterprises.

Speakers at the forum included Colombia’s Vice Minister for Foreign Trade, Laura Valdivieso, the President of the Chamber of Commerce of Bogotá, Mónica de Greiff, the Director of the Global Alliance for Trade Facilitation, Philippe Isler, the President of Procolombia, Flavia Santoro, representative of the WTO’s Market Access Division, Alejandro Gamboa-Alder, and Director for Latin America and the Caribbean at the International Trade Centre, Claudia Uribe.

Colombia is currently in the process of ratifying the World Trade Organization’s Trade Facilitation Agreement which will see it formally commit to reducing red-tape, streamlining regulations and introducing modern automation at borders.

The government launched the Permanent Roundtable for Trade Facilitation in August 2018 as part of its strategy to remove trade barriers hampering the country’s competitiveness.

Laura Valdivieso Jiménez, Vice Minister for Foreign Trade, explained that 12 trade facilitation roundtables have already taken place throughout Colombia, including at the Airport El Dorado and the country’s main ports. These have included representatives from a wide range of sectors such as coffee, bananas, flowers, auto parts, agriculture and pharmaceuticals.

“These roundtables, where both government and the private sector have participated, have identified over 136 actions for improvements that can be made to smooth the importation and exportation of goods. This is an opportunity to improve the competitiveness of the country. We know there is internal work to be done, and we are doing it,” said the Vice Minister.

The Global Alliance for Trade Facilitation initiative has been working with the government and businesses to deliver two trade facilitation projects. The first supports the National Food and Drug Surveillance Institute (INVIMA) to design and development a new risk management model, IVC SOA Puertos, with the potential to significantly reduce the time and cost of trading food products across Colombia’s borders.

The latest interim results from INVIMA show that the pilot risk management system for food products has already reduced physical inspections by 28%, meaning 18,314 less inspections and a reduction in processing time from up to a day to just one to two hours for goods considered low-risk. The project team is now working to adapt the system to other sectors, including medicines and medical devices which will be piloted from June 2019.

A second project is being implemented with the Dirección de Impuestos y Aduanas Nacionales (DIAN) to establish a Center for Excellence to promote trade facilitation reform. The pilot Centre will process advance rulings for the automotive industry and will help customs develop specialised knowledge by sector.

Mónica de Greiff, Executive President of Cámara de Comercio de Bogotá (ICC Colombia), whose member companies have supported the project, said: “The private sector plays a fundamental role in identifying barriers and the solutions needed to facilitate trade. The Chamber is committed to the sustainable growth of our businesses and the wider economy. That is why we support local and global initiatives that provide clear and transparent rules for foreign trade as well as simple procedures that streamline the safe flow of goods, with reasonable time and costs.”

Philippe Isler, the Alliance’s Director, said: “The early results we are seeing from INVIMA are extremely encouraging and show how improving border processes can strip out hundreds of hours of redundant time in the supply chain. Having the support of the business community in the project, helping to pilot the new systems and ensure they properly address business needs, has been key to its success. Reducing the time and cost of trade for business has the potential to support growth in key Colombian industries and unlock inclusive economic growth to the benefit of all. We look forward to the next phase of the project and to receiving final project results around the end of the year.” 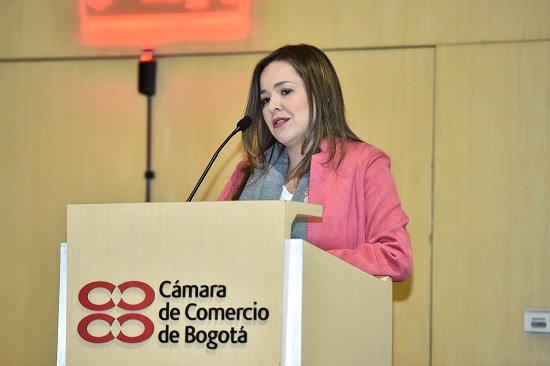 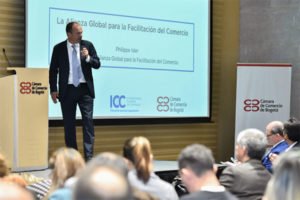 Philippe Isler, Director of the Global Alliance for Trade Facilitation