The Global Alliance for Trade Facilitation (the Alliance)—with the International Chamber of Commerce’s (ICC) national committees for Bolivia, Colombia and Ecuador—held a webinar on how supply chains have changed as a result of the Covid-19 pandemic.

SUPPLY CHAINS IN TIMES OF COVID-19: CHALLENGES AND OPPORTUNITIES FOR LATIN AMERICA

The panellists discussed trends in regional value chains and emerging opportunities for the full implementation of the World Trade Organization’s Trade Facilitation Agreement (TFA) in the region. In attendance were a number of business representatives from Latin America and beyond. Perales opened the session by explaining how the Alliance is redefining how trade facilitation reforms are conducted by ensuring businesses and governments work hand-in-hand to identify and deliver reforms. He stressed the importance of the private sector’s “knowledge and dynamism” for delivering effective TFA implementation.

Meanwhile in Colombia, Mafla said Covid-19 has led to “a willingness [by customs] to migrate towards the digital and
electronic”. He also noted that risks associated with long distances and logistical complexity have encouraged major
firms in countries like the United States to relocate production processes from China and other Asian countries to
Colombia, Mexico and Latin America more broadly. Colombia also ratified the TFA on 6 August 2020, reaffirming its
commitment to speed up trade processes.

Garcia explained that despite the challenging times for international trade, Ecuador has actually increased its exports
during the pandemic, specifically in bananas and shrimp, the only country in Latin America to do so. She stressed
that the export sector would have benefited even more if there had been better trade facilitation measures in place,
including a greater number of refrigeration units and more staff, as well as biosecurity systems.

Overall, panellists agreed that while previously there had been a reluctance from authorities to digitise export and
import processes, the pandemic has led authorities to endorse this key change. “Authorities realised that digitising
certain processes can be done quickly and easily, without the negative impact that had been feared,” Antelo said.
For example, the pandemic has meant that in Bolivia, legislation was passed requiring that all the usual customs
procedures be digitised. Nonetheless, challenges remain for inter-agency cooperation in the acceptance and
exchange of documents for trade in pharmaceutical and medical goods.

Overall, Latin American countries have taken a number of steps forward on trade facilitation as a result of Covid-19,
but countries are moving at different speeds and there is more that can be done.

Download the pdf version (in English or in Spanish).

To find out more, you can watch a replay of the webinar here (in Spanish). 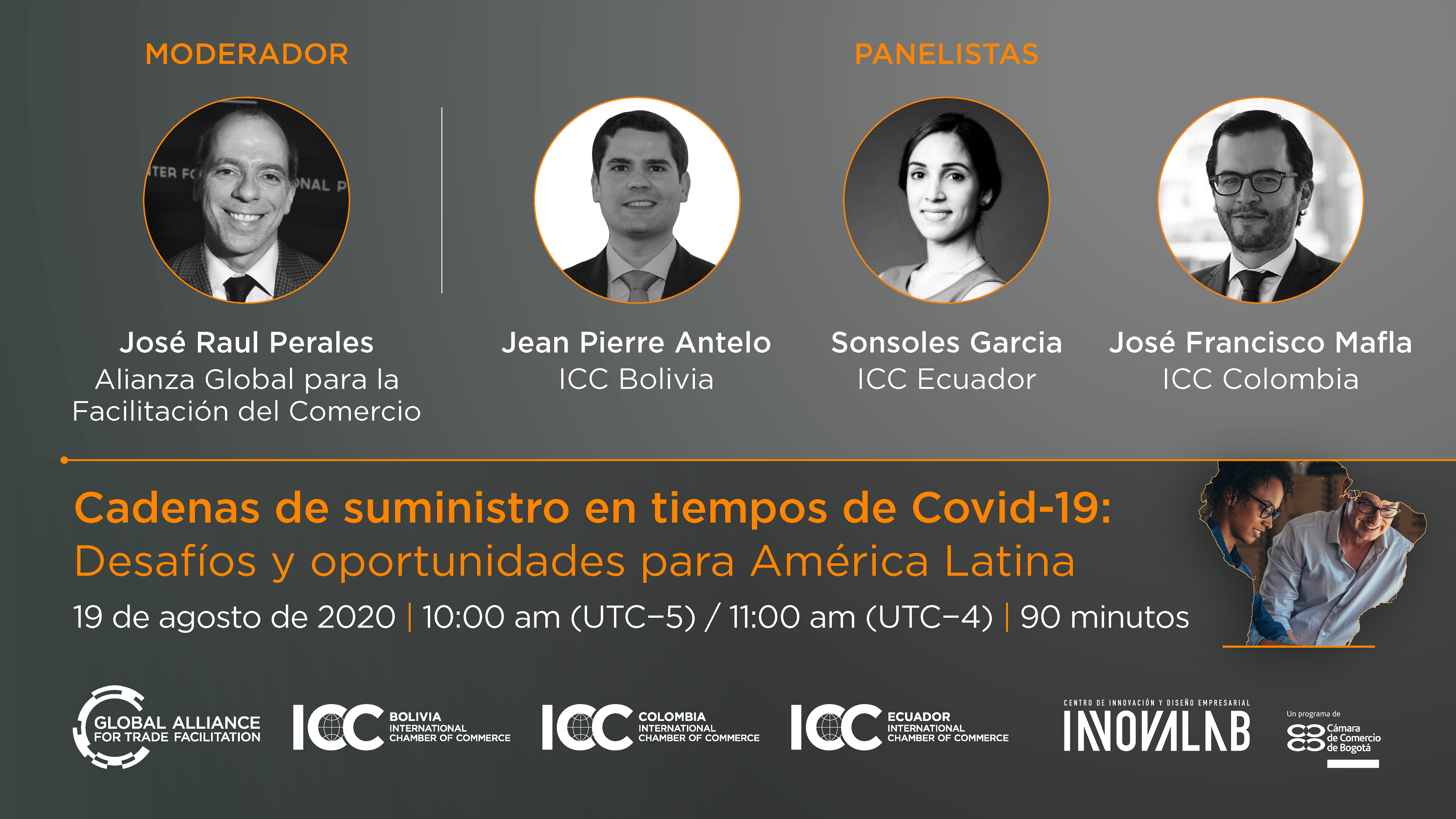